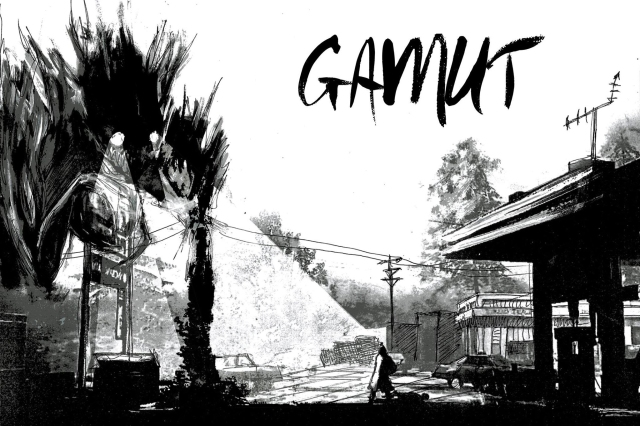 ONE: We will pay ten cents a word

I think this is an important fact to mention right away. If you are an author, and you want to get paid TWICE the current professional rates, then support Gamut. Why wouldn’t you want to help make this happen? I hear people complain all the time that there aren’t enough paying markets, especially for dark fiction. This is your chance to put your money where your mouth is. It’s $30 for an annual subscription, which will stay that rate forever (as long as you renew) which is a steal for over 400,000 words. We also just added in eBooks, so you can go that route for $54, or get both for $60 (which is still only $5 a month).

First of all, we are supporting women, from the beginning with 60% of our authors being women. Beyond that, we are actively looking to include a wide range of perspectives. So whatever your sex, race, nationality, country of origin, religion, occupation, orientation, experience—we want you to be a part of Gamut. What matters most are the stories—neo-noir, speculative fiction with a literary bent. If you understand our aesthetic (which can be gleaned by reading my writing, the four anthologies I’ve edited, and the Dark House Press titles I’ve published) then we want your writing.

THREE: We will open to blind submissions in 2016

So what does that mean exactly? It means we don’t know who wrote the story until we’ve said yes or no. We will certainly solicit some stories, so if you’re worried about us only publishing our friends, YES, we will publish some of our friends! What editor doesn’t solicit or publish authors they love, that move them—people they may actually know. BUT, I’ve only solicited 40 authors, so we have to accept AT LEAST 24 stories in 2016 for the 2017 year—12 new, and 12 reprints. My fiction editors will be my first readers, and then I will make the final decision on all submissions. It’s important to me to support new voices, diverse voices—and I’m counting on some of that coming in via submissions.

FOUR: A wide range of genres

We are not a horror publication. Or, I should say, we are not publishing ONLY horror. I want fantasy, science fiction, horror, crime, neo-noir, transgressive, magical realism, Southern gothic, weird, surreal, and literary fiction. We are looking for that sweet spot between genre and literary, between expectations and innovation. There is a lot of excellent genre-bending, hybrid fiction going on these days, and that’s what we’re looking for. We don’t want anything that is “classic,” so definitely avoid the same tropes, plots, stories, monsters, and clichés. We also are not fans of excessive graphic violence, rape, molestation, or any sort of bigotry. So, don’t feel if you aren’t a horror author that you can’t submit. I’d say several of our authors not only aren’t horror writers, but aren’t speculative, aren’t writing supernatural stories—for example, I believe that Tara Ison, Lindsay Hunter, Paula Bomer, and Nina McConigley are primarily edgy, literary realists.

FIVE: Pricing is currently 50% of what it will be

Right now, the main rewards are HALF of what they will be after the Kickstarter is over. And, those rates you can lock in right now, forever. As long as you renew, you can retain those rates. So, that’s $30 for website only, $54 for eBook only (monthly), and $60 for both. Those are great rates for 400,000+ words a year, original artwork with every story, and much more. Also, there WILL be a paywall. So, if you don’t subscribe, you won’t be able to read anything.

One of the most exciting aspects of this Kickstarter has been the generosity of authors, editors and publishers who have stepped up to donate books, editing services, and much more. It’s humbling, and means a lot to me. We started out with SEVEN rewards, but several sold out, so we added them back in. Some twice. And the rewards expanded as well. Last I checked we had 42 rewards, with 26 selling out. Stop by and see what we have! All of our rewards are also at 50% of MSRP.

SEVEN: New artwork with every story

How cool is that? Not only will Luke Spooner be creating new illustrations for every story, but we’ll also work in spot art from George C. Cotronis, Daniele Serra, Bob Crum, and photographer Jennifer Moore! I’m a huge fan of all of them, so that adds a lot to the experience, in my opinion. 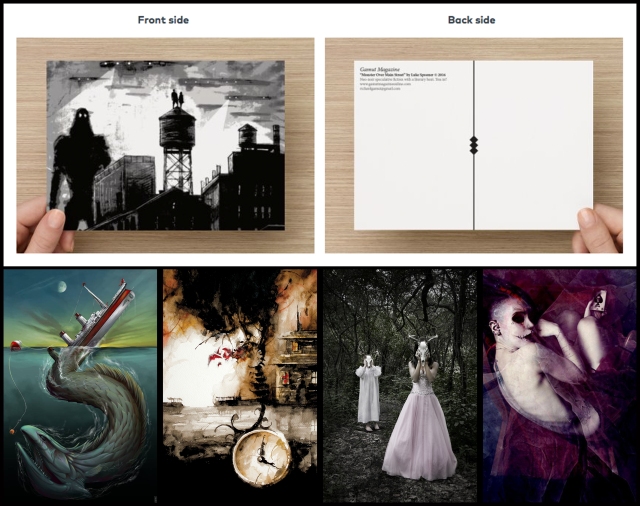 EIGHT: Beyond fiction there will be columns, poetry, non-fiction, serializations, etc.

We are going to publish more than just fiction. We’ll have three columnists in Max Booth, RK Arceneaux, and Keith Rawson—to educate, and provide humor. We’ll be working with freelance journalists and essayists as well. We’ll also have poetry, which many fiction-based publications ignore. I’m working on doing a Flash Fiction Friday, as well, and even a Saturday Night Special serialization of something longer, to spice up your weekend.

NINE: Beyond writing, there will be other events and services

We’re also going to embrace other aspects of the arts. I’ve been talking to one of the coolest movie theaters in Chicago, The Music Box, about partnering with Gamut on some events and they’re already excited to do that. We talked about screening some cult classics and other dark hits, such as Blade Runner, Donnie Darko, and Mulholland Drive as well as an A24 retrospective (maybe a whole DAY) which may include such films as Enemy, Under the Skin, Ex Machina and even The Witch. We will be looking into other services at Gamut, which I can’t really get into now, and we’ll definitely have swag down the road a bit—hats, t-shirts, prints. But I mean, we have to establish ourselves first, right? What I’m trying to say is, if you aren’t a big reader, aren’t an author, we’re looking into ways to get you involved, to do things that will appeal to you as well. 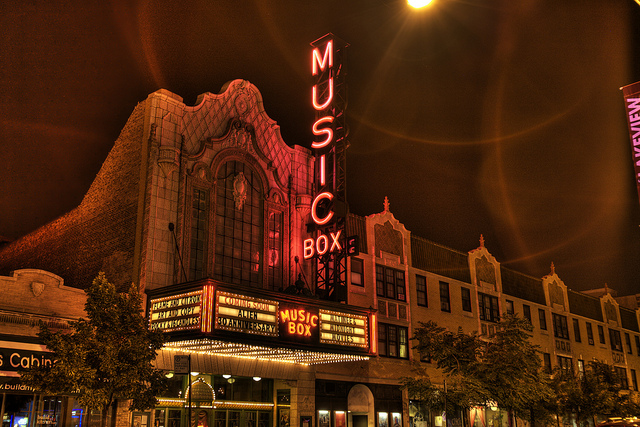 TEN: Be a patron of the arts, start something great

How often to you get to launch a publication? I’ve supported 19 Kickstarter events over the last couple of years—anthologies, journals, magazines, books, games, films, and comics—even post-apocalyptic mugs. It’s exciting! I want you to be a part of this inception, this birth, this creation. You can help shape it. I don’t know how successful this will be, but what if this was the next Tor, or Clarkesworld, or Tin House, or Rolling Stone? You could say, “I helped make this happen.” I don’t own much original art, but the paintings I do own, they mean a lot to me. I see the heart and soul that went into that work, and I was able, through my purchase, to support that vision, that artist. And to be honest, that feels pretty good. It is such a thrill to see students of mine land agents and book deals, to see my peers grow, and evolve, and succeed.

Let me tell you a little story.

When Letitia Trent sent me a story for Exigencies, I’d already publisher her book, Echo Lake. I loved it. But she had been primarily a poet—this was new to her. She hadn’t written that many stories. We talked about “Wilderness,” and the moment I started it, I knew it was something special. When I was done reading, I immediately sent her an email to tell her I wanted it. I was actually panicking, thinking another editor was going to snatch it up. She was relieved that I said yes. I guess the story had been bouncing around a bit and had already been rejected by several top magazines. I told her, “Letitia, those editors are mistaken. They are going to regret that they passed on this story. It’s exceptional.” I could tell she didn’t really believe me. That story was just selected for Best Horror of the Year, by Ellen Datlow. If anybody is a judge of greatness in horror, and dark fiction, it’s Ellen. Out of hundreds, thousands of stories, she deemed this one of the best. It was a validation that meant a lot to me, as the editor, and publisher, that my own vision was supported that way—and more importantly, it showed Letitia that she was doing something special, doing great work. Truly inspiring.

I’ve said this a few times, but I want to repeat it again here at the end. The opposite of love is not hate—it is indifference. If this kind of publication is important to you, if you write or read dark fiction, then please get involved. Donate and spread the word. The base subscription is only $30, just $2.50 a month. If I’ve ever done anything for you—blurbed your book, Tweeted about your success, shared an important Facebook announcement, bought your thing, given you advice privately, taught you in a class, or merely been your friend—jump in now, when I need your help the most.

8 comments on “Top Ten Reasons to Back Gamut Magazine Now”