For a Limited Time, Disintegration is On Sale for 99 cents. 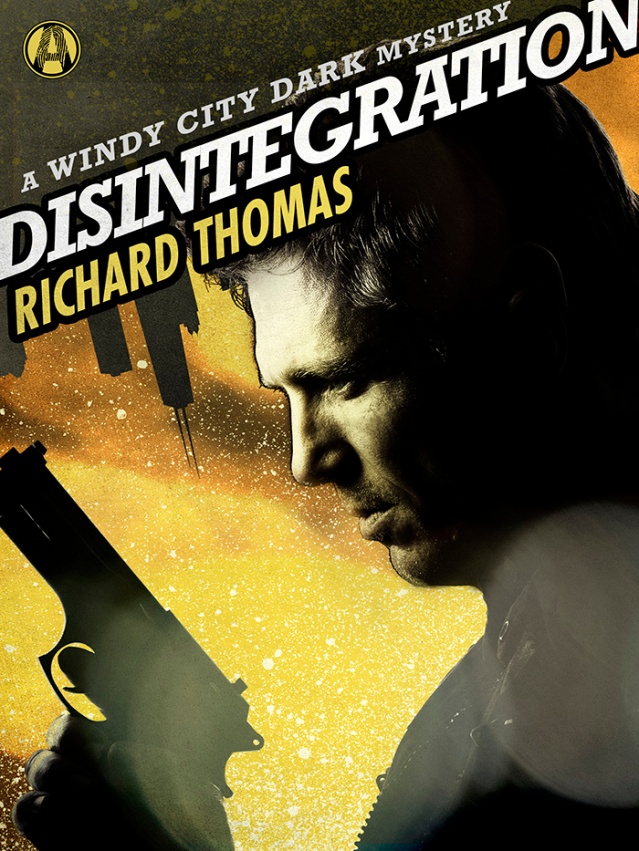 “A dark existential thriller of unexpected twists, featuring a drowning man determined to pull the rest of the world under with him. A stunning and vital piece of work.”
—Irvine Welsh, author of Trainspotting and Filth

“Sweet hot hell, Richard Thomas writes like a man possessed, a man on fire, a guy with a gun to his head. And you’ll read Disintegration like there’s a gun to yours, too. A twisted masterpiece.”
—Chuck Wendig, author of Blackbirds and Double Dead

“This novel is so hard-hitting it should come with its own ice-pack. Richard Thomas is the wild child of Raymond Chandler and Chuck Palahniuk, a neo-noirist who brings to life a gritty, shadow-soaked, bullet-pocked Chicago as the stage for this compulsively readable crime drama.”
—Benjamin Percy, author of The Dead Lands, Red Moon, and The Wilding

“Thomas builds his universe and its population with terse prose and dynamic, often horrifyingly visceral imagery that unspools with grand weirdness and intensity. Then he rips that universe apart, brick by bloody brick. Disintegration is provocative. It’s also damned fine noir.”
—Laird Barron, author of The Beautiful Thing That Awaits Us All and The Croning

“A sodden, stumbling anti-hero in a noir so dark it makes much of the rest of the genre seem like Disney movies by comparison. Gritty, obsessive, and compulsively readable.”
—Brian Evenson, author of Immobility and Windeye

“Disintegration is gritty neo-noir; a psycho-sexual descent into an unhinged psyche and an underworld Chicago that could very well stand in for one of the rings of Dante’s Hell. Richard Thomas’ depraved-doomed-philosopher hitman is your guide. I suggest you do as he says and follow him, if you know what’s good for you.”
—Paul Tremblay, author of A Head Full of Ghosts and The Little Sleep

“In sharp, icy prose that cuts like a glacial wind, Richard Thomas’ dark Chicago tale keeps us absolutely riveted to the very end.”
—Donald Ray Pollock, author of The Devil All the Time and Knockemstiff